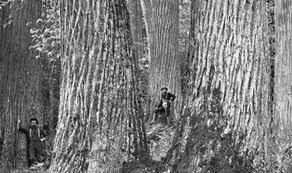 I recently read a story in magazine about efforts to bring back the American Chestnut tree, which was devastated around 1900 by chestnut blight. The blight dramatically re-arranged the makeup of our eastern forests, practically wiping out Chestnut populations that once accounted for up to 25% of some forest populations. However, the story’s outlook was hopeful as it explained the efforts and success of The American Chestnut Foundation (TACF) to develop a blight resistant American Chestnut.

My mind made a strange correlation between the amazing image of the massive American Chestnuts trees that accompanied the article and the idea of hope. The result was a great childhood memory of summer exploration. I was probably around twelve and spent a huge chunk of my summer playing in the woods near my home with my best friends. One frequented path always lead us by a group of chestnut trees in a forgotten lot, sometimes we even stopped and climbed the trees. I brought one of the seed pods home to show my father, probably because its spiny casing looked cool and alien like. He explained it was a chestnut, but probably not from an American Chestnut tree, because those were very rare, practically extinct. Immediately the hope of a twelve year old kicked in, and I just knew that these trees were absolutely long lost American Chestnuts. Similar to the time I was confident that I would be the first person to see an Ivory-billed Woodpecker even if they were most likely extinct. Or the habit I had on one vacation of excitedly declaring every hawk or vulture I saw flying to be a Bald Eagle. My father the biologist would always look up and tell me “nope that’s not an eagle, but keep looking.” 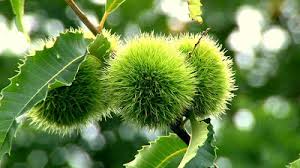 When you’re twelve, hope and optimism are still strong even inherent. Perhaps, simply not knowing enough about the statistical probability of certain events or just being an age where your accumulative experiences are still relatively small explains that large serving of hope that kids like me seemed to possess. Inevitably, as you grow older a large portion of that hope sadly fades away.

Even though, I am an optimistic person, I certainly don’t have that same boundless hope and odds defying optimism from my childhood, but I smiled to revisit that hopeful kid. As an adult sitting in front of my computer I stole a moment and indulged in a day dream of walking beneath massive giant American Chestnut trees populating an eastern forest.
If you’re wondering I never have seen that woodpecker yet, but I did see my first bald eagle towards the end of that vacation. My Dad, ever the biologist, is in his eighties now, but he’s still quizzing me on the flora and fauna I see in the Rocky Mountains. 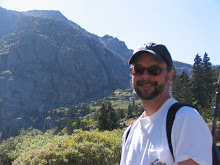 I've been a landscape designer for going on 25 years, the last 16 in Denver, Colorado. I specialize in residential design of all sizes, and words like sustainable, green, and eco-friendly or not just "buzz" words but active components in my designs. Therapeutic outdoor spaces and edible gardens make me extra enthusiastic and will lead to tangental conversations. I view gardening and landscapes as gateways to healthy living, improved quality of life, education, and my own culinary endeavors.